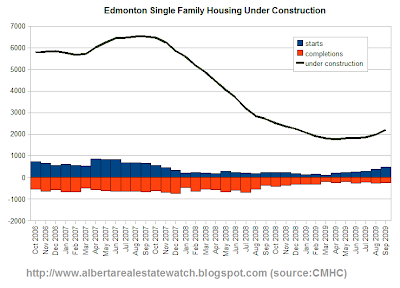 The chart below shows the amount under construction from all types of residential housing. While single family homes have bottomed, apartment condos (shown in orange) continue to decline. I added inventory which has been completed but not absorbed in gray. This does not make up a terribly significant portion, but it is interesting to note that SFH spec homes have been cleared while condos have accumulated. 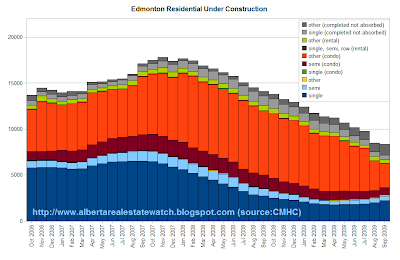 In general the number of completions should be roughly in line with the number of starts only delayed. We have seen completions exceed starts for quite some time resulting in a decrease in the amount under construction. Right now the 12 month moving average for starts for all residential is 403 while still 795 for completions. 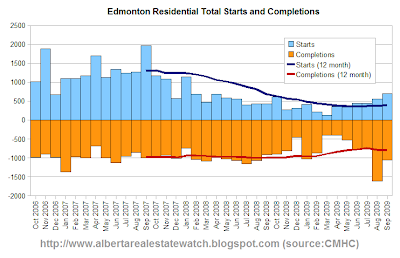 I expect completions to decline going forward contributing less to overall supply.
Posted by BearClaw at 8:00 AM