The REALTORS Association of Edmonton released the February stats today. The trend is similar to that of Calgary I covered in the previous post. The pace of sales has declined from the 2nd half of 2009 (green line) and listings increased slightly. 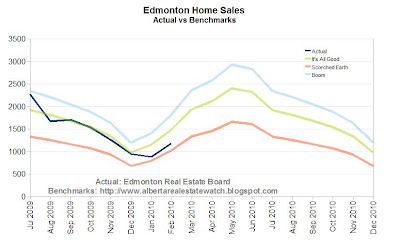 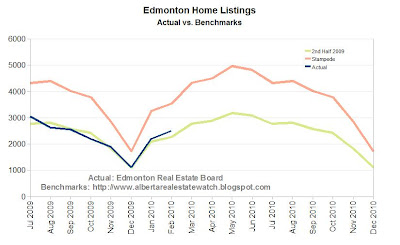 The seasonally adjusted sales to listing is at 50%, about the same as last month (unadjusted is 47%). 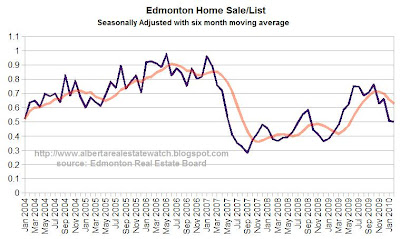 The chart of the raw historical data shows this year has been a little slow on the sales side. 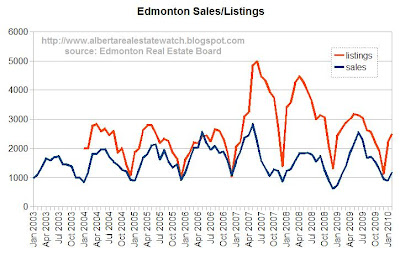 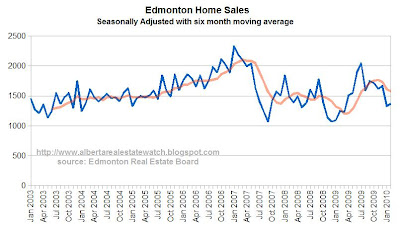 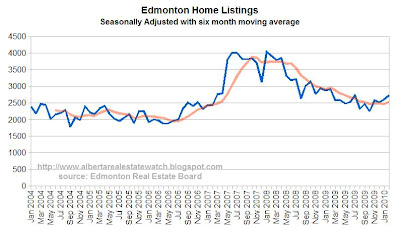 Thats all I have to say for Edmonton numbers.... Here are some other items that caught my attention recently.

Statscan reported GDP grew at an annualized pace of 5% in the 4th quarter of 2009. Some of those gains are due to government stimulus and investment in residential structures but nonetheless growth in December relatively broad based.

I am not sure if this is the case in Canada but in the US a large component of the increase was transitory. Calculated risk estimates that GDP growth would be 1.9% absent one time boosts that occur after the end of a recession of replenishing inventories.

BMO is offering a 5-year fixed rate of 3.75%, which is fairly competitive for a big bank. (source Canada Mortgage Trends)
Posted by BearClaw at 8:39 PM