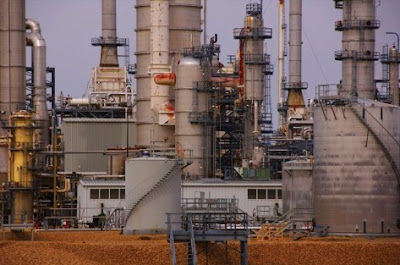 The Norwegian company said in a statement it withdrew a regulatory application for its upgrader in Alberta's Heartland region due to "prohibitive construction costs, the state of the global economy, an uncertain oil price outlook and lack of legislative clarity."

Total Upgrader
delayed two years?*
Update: The Calgary Herald has a list of projects delayed, canceled or on hold. It lists the Total Upgrader as "on hold". I'll post their list in comments.

*More specific information regarding these projects would be appreciated

the surest way to determine what if any upgraders will be built is to keep your eyes focused on the mine sites..no mine no upgrader

tar pit activity has noticibly slowed down..some trades are experiencing increased and unwanted unemployment for the first time since 1998