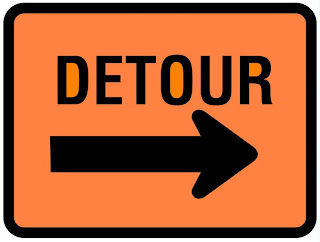 There is an article from Calgary's Real Estate News site discussing the impact of the royalty review.

At the end of the day, it doesn’t matter how you look at any news scare. Real estate prices have and will be increasing in the future for a simple reason; supply and demand.

The day when I am writing this article oil prices are sitting at $90 which is considered to be quite cheap according to many economists. Obviously Alberta has the second largest oil reserve in the world and that creates a lot of excitement among oil companies, especially when other sources become unstable due to political reasons and when global demand is growing twice as fast as supplies can keep up.

Alberta produces many types of oil and Nov 2nd prices range from $52 for bitumen @ Hardisty up to $91 for Edmonton sweet synthetic. Link - prices converted using 6.29 barrels per cubic meter.

Also, it is a recent development to include Alberta bitumen as proven reserves. Usually only convention crude is included in this report. From Wikipedia:

The addition of 174 gigabarrels of the vast Alberta oil sands deposits, mostly in the Athabasca Oil Sands, to proven reserves by the Alberta Energy and Utilities Board (AEUB),[4] was controversial at the time because oil sands contain a semisolid form of oil referred to as bitumen by Canadian government authorities, rather than conventional crude oil.[4]. The existence of the deposits (historically referred to as "tar sands") has been known for centuries since major rivers cut through the sands to reveal the bitumen in the river banks, but their development had to wait for high prices and the invention of new technology. In recent years technological breakthroughs have overcome the challenges of producing it and most Alberta oil is now non-conventional production from oil sands rather than conventional oil fields. The AEUB estimates that by 2016 Alberta oil sands production will triple to amount to 86% of the province's total oil production, and Alberta will by then be one of the largest oil producers in the world.[4]

The difference between crude bitumen and crude oil is somewhat arbitrary since bitumen is really just an unusually thick and viscous grade of crude oil, and many U.S. oil refineries have been modified to handle it in recent years as domestic U.S. oil production declines. The main problem is that it must be heated or diluted with solvents before it will flow through pipelines.

If it is possible for Canada to add significantly to proven reserves in one year due to new technology and higher prices is it possible for other sources to develop in the future? Venezuela has a similar tar sand deposit to Alberta but it is not included as proven oil reserves. Why would a REALTOR look at the narrow view as energy being from the two reported sources - convention crude and Alberta tar sands?

Great work Bearclaw! I may not post often here (yet), but I sure find it to be a valuable resource, a real eye-opener. Keep up the great work, it's like an ongoing expose!