Sales in Calgary improved in March but are still below the pace set in the 2nd half of 2009. 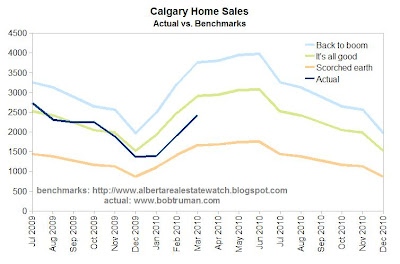 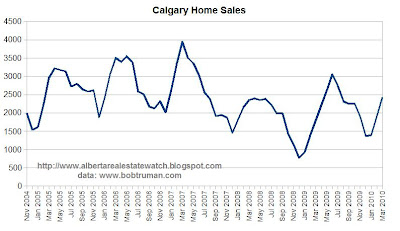 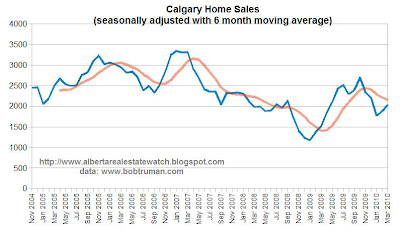 Listings this month moved up closer to "stampede" - a rate equivalent to the first half of 2008. 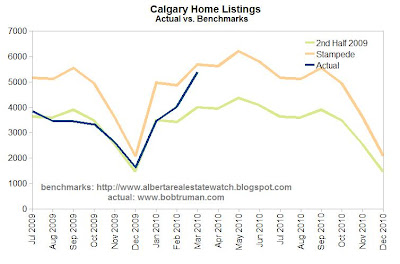 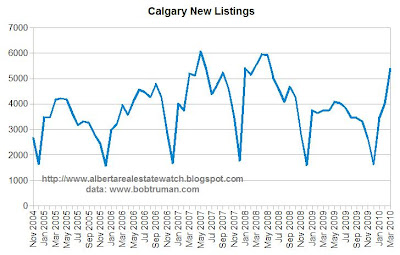 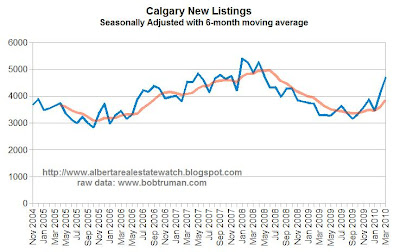 The seasonally adjusted sales/listing ratio fell to 43%. The increase in listings was more significant than those in sales. 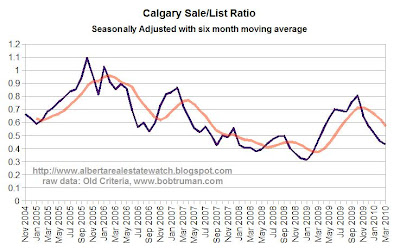 This should lead to an environment of falling prices but instead they were quite strong in March. I think the correlation between this ratio and prices will re-emerge shortly.

The fifth consecutive month of falling seasonally adjusted sales/listing ratio clearly indicates the market has weakened from the 2009 bounce. It will be interesting to see how new listings change when prices begin to fall. Will sellers be less motivated to sell into a weaker market similar to 2009 or will they continue to rush to the exists like they did in the first half of 2008?
Posted by BearClaw at 10:35 PM