New listings in Edmonton are coming on the market at a substantially higher rate than the 2nd half of 2009. Clearly many of these sellers will be unsuccessful and the market will be forced to find a new equilibrium. The question is on the path to equilibrium will there be a self reinforcing negative cycle and how long it will last. Listings will tell this story during the second half of this year. 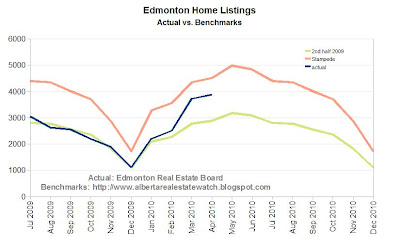 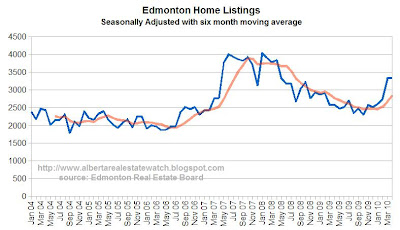 Sales were off to a slow start this year and are now following a seasonal trend albeit at a lower level than the last half of 2009. 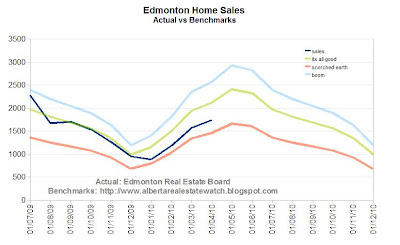 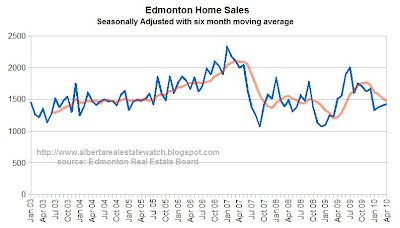 The seasonally adjusted sales to new listing ratio remains below 50% from which we can expect price decreases. 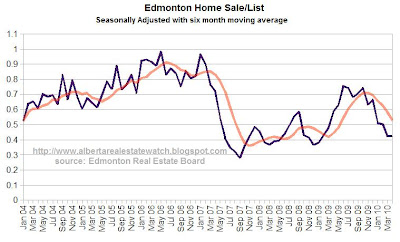 Looking back at historical figures listings are similar those that lead to peak inventory levels of 2007 and 2008 while sales are relatively low. 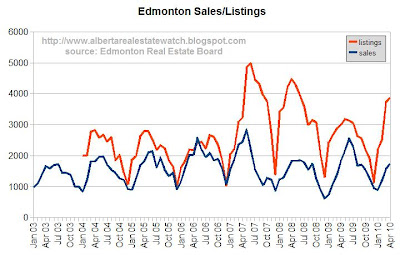 Now that it is clear real estate will experience some sort of immanent price decline I thought I would switch it up and bring some stories straight from the unicorn ranch.

Here is the lawsuit.

Check the end where it lists the properties involved and losses.