Sales fell following a seasonal pattern in August and have been in "scorched earth" territory all summer. This is equivalent to the rate during the worst six months of the financial crisis. Last year sales were following the same pattern of slowing in the 2nd half but at a much healthier level shown by the green benchmark in the graph below. 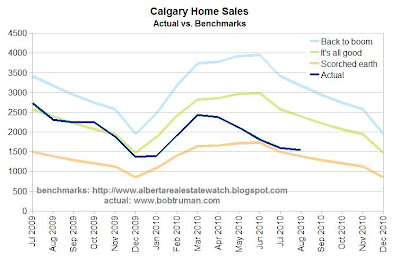 Listings have returned to the same rate as the 2nd half of 2009. 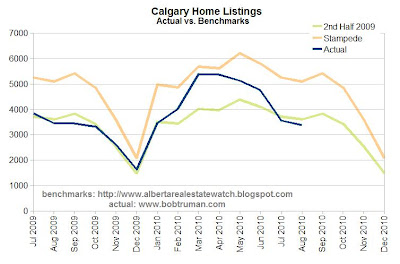 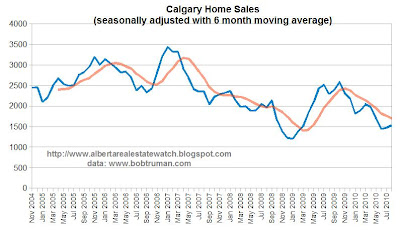 Listings are down considerably and this could be from a reluctance by sellers to accept current market conditions. Another factor could be that the rush of new listings was an echo of some of the overhang from 2007/2008 and acted as a temporary boost. This may have eased but it will remain as inventory until absorbed. 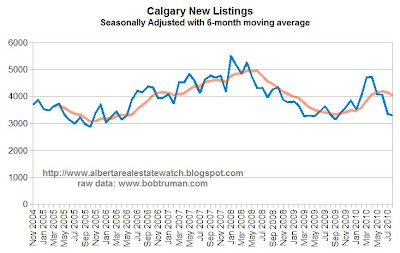 Sales to new listing ratio improved due to slightly higher sales on a seasonally adjusted basis and fewer new listings. Nothing significant enough to turn around the current trend of falling prices. 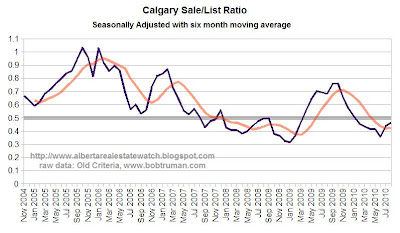