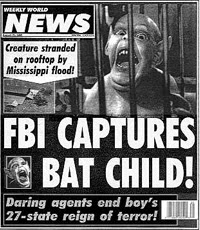 The Edmonton Journal gives The Edmonton Real Estate Board too much credit in the article: Declining supply firms up prices at year end

EDMONTON - Edmonton home prices are up 12.1 per cent from one year ago after gaining 1.5 per cent in December....

Those figures were close to Pratt's prediction last January that prices would rise 15 per cent by year end.

This year, she foresees low interest rates, a strong economy, full employment and a good year for real estate.

However the same author quoted Carolyn Pratt in the following article written in April: House price hits $500,000 in Edmonton.

In only the first three months of this year, average home prices have climbed 12.4 per cent, so Pratt has abandoned her earlier forecast of a 15 per cent increase for the full year.

The author also wrote an article in September quoting a two year old study stating Edmonton was affordable: Average up 27% in single year despite $10,000 hit

Economist Carl Gomez, at TD Financial Group, in the latest issue of his quarterly Housing Bubble Watch, has written that "Edmonton still remains the second most affordable" large Canadian city in which to own a home.

He compared home prices to rents, saw "little evidence of speculation" and found a "very low" risk of an Edmonton housing bubble.

Long time lurker on other r/e blogs across Canada.

Keep up the good work!

Great blog...the other one is getting a little hard to follow. Love to see the numbers.