The REALTORS Association of Edmonton released statistics for June and describe the market as "normal". 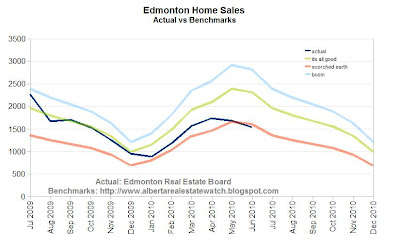 Instead of being normal sales were slightly worse than "scorched earth", a benchmark rate equivalent to the worst six months of the financial crisis. 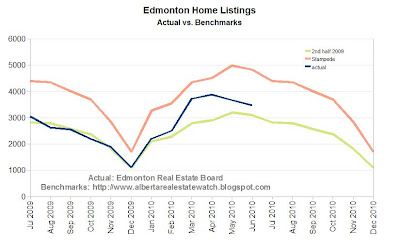 Listings appear to have peaked early this year but remain somewhat high. 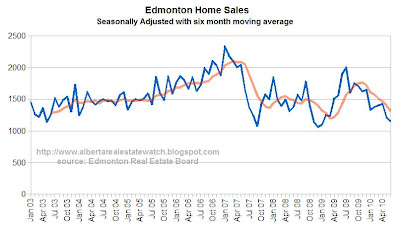 There are only 4 months in recent history which are as bad or worse in terms of seasonally adjusted sales - Nov 2008 to Jan 2009, when the world was falling apart and Sept 2007, following an insane boom. 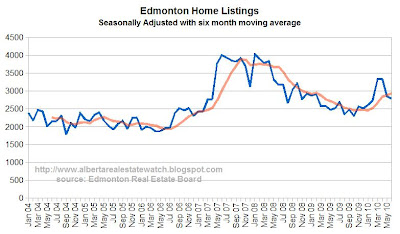 Seasonally adjusted it is clear listings have eased up. Despite this inventory increased last month and remains very high. (9,406 active residential listings vs. 6,785 last year and 11,006 at the peak in May 2008) 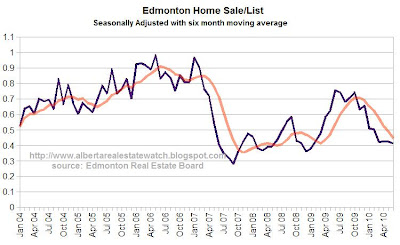 Sales to new listing ratio was 41% seasonally adjusted. When this ratio dropped below 50% right after the end of the boom in 2007 and during the financial crisis there were corresponding price declines and this time is no different.