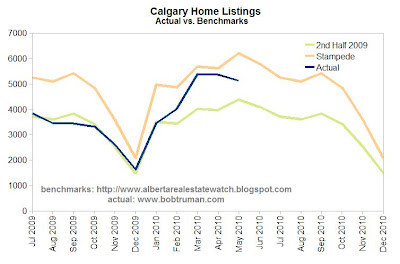 Home sales should peak in late spring but that is not the case this year. Instead, they peaked in March and have declined for two consecutive months. 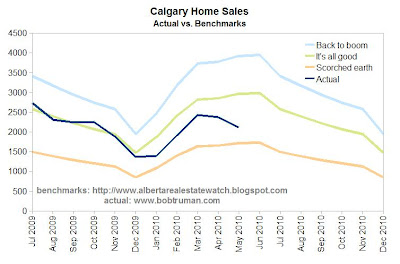 The gap between sales and listings is similar to 2008, when prices were trending down. 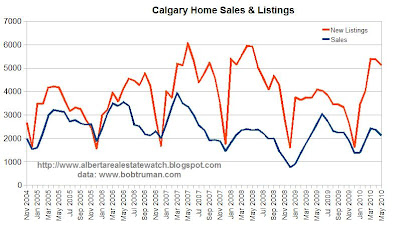 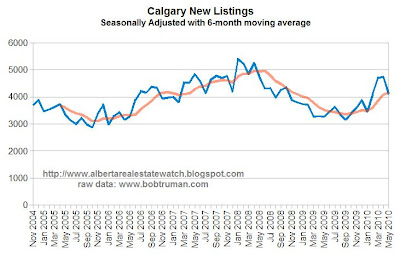 Seasonally adjusted sales have been deteriorating since the end of 2009. 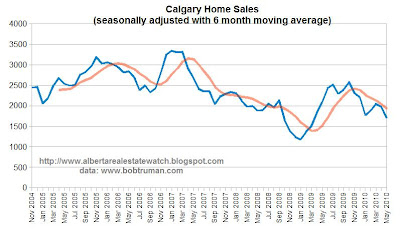 The seasonally adjusted sales to new listings ratio remained unchanged at 42%. The gray line is a rate of 50%, and a drop below this has typically meant falling prices. Since prices measures tend to rise in spring and drop in the fall, I would guess fairly quick declines to show up in the monthly stats and in newspaper headlines this summer. 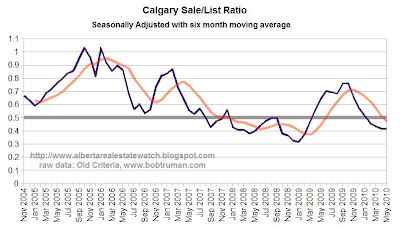